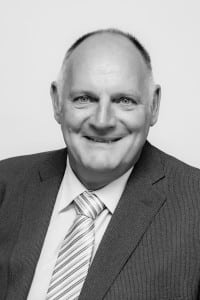 Kevin is an experienced investigative and litigation lawyer. He has conducted and managed numerous complex fraud and criminal investigations. As an advocate, Kevin uses his investigative skills to identify practical lines of defence in matters before the Courts.

He has extensive experience in all aspects of criminal and industrial law. He has appeared as an advocate in both the Local and District Courts in Sydney, the Central Coast and Hunter Regions. He has appeared before the NSW Supreme Court, the Court of Criminal Appeal and the NSW Industrial Relations Commission. 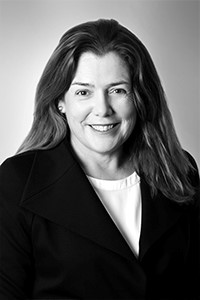 Bronwyn was admitted to practice in 1991 having completed a combined Arts/Law Degree at Macquarie University in 1990.  She commenced practice in Sydney working in prominent law firms dealing with family law, criminal law, insurance, employment, personal injury, land and environment matters and commercial litigation.

Bronwyn has conducted major inquiry work including the Wood Police Royal Commission. She practised as a partner with Back Schwartz Vaughan in Sydney and has conducted complex litigation across most jurisdictions.

After relocating to the Central Coast, Bronwyn joined the Fourtree Lawyers team and brings a wealth of experience to the firm.  Bronwyn is currently a Director of Breakers Country Club and is obsessed with reigning in her mischievous handicap! 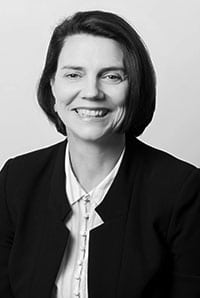 Denise McCarthy was first admitted to practice in 1992 and is an experienced court advocate representing clients in criminal, civil and traffic matters. Denise was highly regarded as an associate lecturer in commercial and consumer law at Sydney University for six years before returning to private practice.

Denise is results driven and meticulous in her preparation. Her focused approach allows her to gain real insight into each client's circumstances and to achieve the best possible results in court. She will explain the proceedings in plain English so that you feel comfortable about going to court and know what to expect at every stage of your matter. 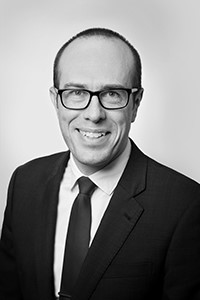 Luke is admitted to the roll of lawyers in both the Supreme Court of New South Wales, the High Court of Australia and is a member of Legal Aid’s Summary and Indictable Criminal Law Solicitor panels.

Luke advises clients in serious and complex criminal matters having acted for clients in a number of highly publicised cases. His work includes representing clients charged with Murder, Terrorism and in a number of drug importations matters involving some of the largest quantities in Australia’s history.

Prior to joining Fourtree Lawyers, Luke worked for a highly regarded Criminal Law firm in Sydney and has also worked in New York within the area of medical negligence law.

Luke is incredibly dedicated to the practice, and prides himself on a pragmatic and client-focused approach to the law in pursuit of his clients’ best interests. 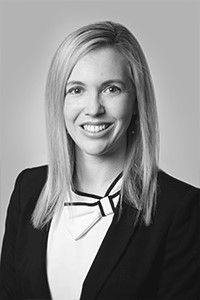 Kat is a Senior Associate at Fourtree Lawyers. In 2014 she graduated from the University of Newcastle with a Bachelor of Science majoring in Psychology. In 2017 Kat was awarded the Price Waterhouse Cooper prize for excellence in Taxation Law.  Kat went on to complete her Bachelor of Law and Diploma of Legal Practice in 2017 and in 2018 she was admitted as a practitioner at the Supreme Court of New South Wales and the High Court of Australia.

In 2017 Kat obtained the highly sought-after position as Legal Associate assisting Justice Austin and Justice Cleary at the Family Court of Australia in Newcastle. The Legal Associate role gave Kat exposure to the most complex family law matters.

Kat regularly appears at the Federal Circuit Court and Family Court of Australia but is also well versed in negotiating and mediating settlements for her clients outside of the court arena. Kat has experience in many complex parenting and property matters including applying for and defending urgent recovery orders for children, serious risk of harm issues and financial disputes between parties.

Kat understands that this can be a highly emotionally charged time for clients and she is a passionate and a strong advocate who is motivated to obtain the best outcome for her clients. 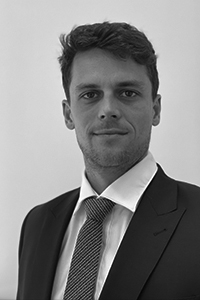 Tom joined Fourtree Lawyers in 2021. He practices exclusively in Criminal Law and leads the Newcastle criminal law team. Tom has a double degree, Bachelor of Laws & Diploma of French Studies at Monash University in Melbourne.

His legal career began with Galbally & O’Bryan Lawyers in Melbourne. He has most recently held the position as manager of the East Arnhem Land practice at NAAJA (Northern Australian Aboriginal Justice Agency) in the Northern Territory. He was also Counsel Assisting to the AFLNT Tribunal.

Tom is an experienced advocate who is comfortable in contested litigation. He has appeared in jury trials, indictable and summary sentence matters, show cause and supreme court bail applications, and contested proceedings involving complex voir dire issues, improper police conduct and cross-examination of expert witnesses.

When Tom is not before a Court, you will find him catching a wave on one of Newcastle’s enviable breaks. 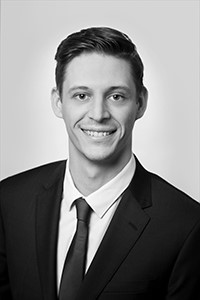 Joseph joined the Fourtree team in 2020, after completing his Bachelor of Laws (Hons) and Diploma of Legal Practice at The University of Newcastle in 2019.He also completed a Bachelor of Commerce majoring in Finance in 2017. Joseph has a 15 years history in hospitality making him compassionate and empathetic.

Joseph was recently admitted to the Supreme Court of New South Wales in February 2020. He has a strong interest in criminal law and advocating for the best result for his clients. Joseph is driven to work with clients at all steps of the court process to make sure it is as easy as possible

Outside of work, Joseph enjoys scuba diving, taking trips on his motorcycle and listening to crime podcasts. 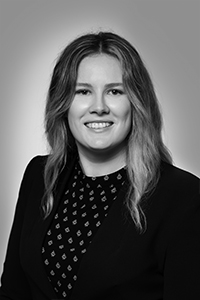 Laura joined the Fourtree Lawyers team in 2021 after completing her Bachelor of Social Science, Bachelor of Laws (Hons) and Diploma of Legal Practice at the University of Newcastle.

Laura was admitted to as a Lawyer to the Supreme Court of New South Wales in February 2021. She has a strong interest in practicing criminal law and is passionate about helping people who are experiencing important and often difficult times. 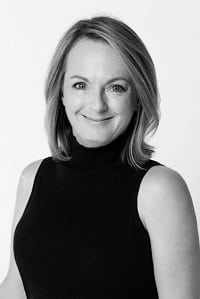 Before embarking on a career in the legal sphere, Jane held a number of senior roles in the marketing and manufacturing industires including general manager, marketing director, creative director, and headed up numerous international logistics & distribution projects.

Her diverse experience allows Jane to communicate openly with people from a wide range of backgrounds and to put the law into context with a practical and common sense approach when supporting our clients.

One of Jane's strengths is her ability to translate legal concepts into straightforward, plain English. She believes it is important that advice is communicated as simply as possible, without complicated legal jargon. 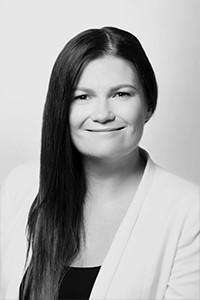 Jess joined Fourtree lawyers in 2018 bringing over 10 years of legal support experience in Family Law, Criminal Law, and Civil law matters. Jess is responsible for ensuring that our Criminal Law matters are in order to allow our solicitors time to dedicate their focus on court preparation and achieving the best possible outcome for our clients.

When Jess is not juggling the multitude of tasks in the Fourtree Lawyer's office you will find her hiking through our National Parks or indulging her very spoilt canine. 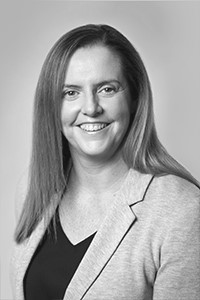 Catherine has been gaining experience for over 20 years whilst working in high-level administration based roles. She began her career as a Legal Secretary in Sydney after graduating from St Patricks Business College. From her first job with Phillips Fox she progressed through a number of fields, including Banking & Finance, Advertising, Sales and The Sydney Olympic Games Organising Committee.

Her role at Fourtree Lawyers is to assist with any invoice or account related matters.

Catherine made the move from Sydney to the Central Coast 8 years ago with her husband and young family. When not working she can be found either at the beach, enjoying a coffee in the local café & exploring the Coast with her family & newly acquired pooch. 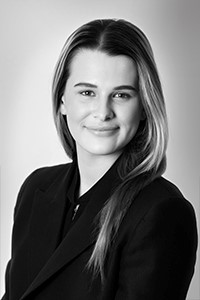 Bella joined the Fourtree Lawyers team in 2019 after completing her HSC at Terrigal High School in 2018. Bella is responsible for juggling appointments and communicating with the Police, the Prosecutors, the Courts, Barristers, Corrective Services, Hospitals, Health Professionals and other Community Services.

Previously, Bella worked in events management and customer service and her down to earth nature makes her easily approachable and empathetic with clients.

Bella is renowned for her relentless enthusiasm, ready smile and her obsession with canines and True Crime podcasts. 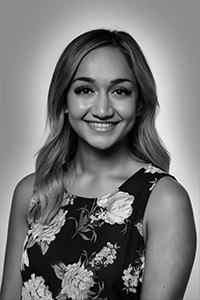 Nora joined Fourtree Lawyers in 2021 following her experience in debt recovery and financial services. Nora is currently in her penultimate year of a Bachelor of Laws and Bachelor of Commerce majoring in Finance at the University of New South Wales and is set to finish her studies in 2022.
Nora assists the team in Criminal, Family and Civil matters, assisting solicitors with their internal administrative tasks. This includes drafting, billing, and case management to ensure matters are well-prepared for all stages of the legal process.
Outside the office, you can find Nora at the beach, enjoying a good documentary or taking roadtrips up the East Coast.